The closure of the TT100 Internship Programme for 2014 took place on Friday 29 May 2015 at the Modder Sports Club situated in Modderfontein, Gauteng. An Awards ceremony was also held as part of the final farewell, as the below interns were awarded in their respective categories.
Best Presenter: Thabo Moilwe
Most Improved: Phillemon Mamabolo
Initiative Award: Elliot Mabitsela
All rounder of the year : Tumelo Selokela
Most improved English: Victor Mahlo
Confidence Award: Charks Matlala
Most Opinionated Award: Donald Matunda
Most Sociable Award: Nkateko Ngobeni
Humour Award: Mulalo Ranwedzi
Portfolio of Evidence: Sanele Jiyane
Conscientious Effort: Zama Nxumalo
Continuous Striving: Nomcebo Sithole
The Coaching team which consisted of Deirdre Marcus, Margaret Drake and Zoe Loeve announced the awards and each awinner received a book as a prize, which was specifically chosen to suit their individuality. After the awards were announced, Mrs Marcus thanked the mentors and the contributing Da Vinci team members which assisted with the internship programme throughout 2014. These members were Marizanne Burger (Operations Manager), Piet Swanepoel (Operations Support) and Storm Thomas (Communications Manager). Other individuals that were thanked was Rachel Kobe who used to work with the interns and Caryn Myers, Senior Consultant at Oriole Consulting, who has assisted TT100 with legal advise over the years. The internship is sponsored by the Department of Science and Tecnology and representative Phineas addressed the interns and attendees and thanking them for their participation, whilst encouraging further growth as they proceed on their journeys.
After the final speeches and thank you’s, lunch was served and the interns got to enjoy a game of human foosball which was a great success. To all the interns and mentors, thank you for your hard work, passion and energy that you have displayed at the respective host companies. 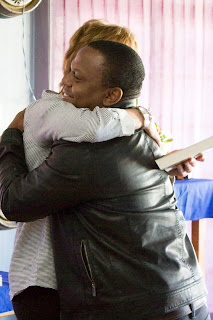 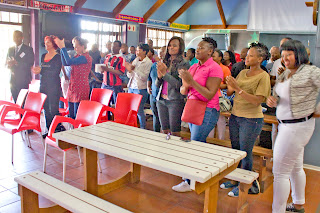 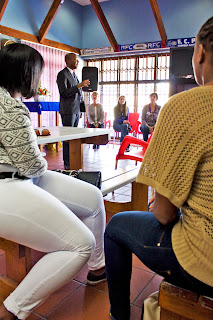 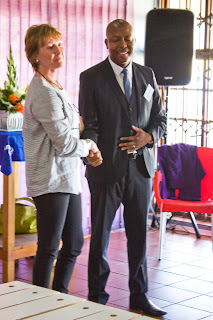