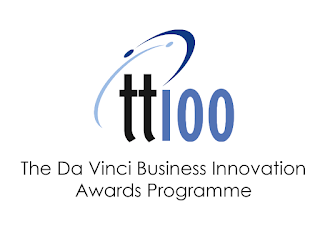 After 25 years, the Da Vinci Institute’s TT100 Awards Programme still stands out in the South African business awards landscape. One of the biggest reasons for its own long-running success since 1991 is its potential to boost the success of its participants.

“Many past entrants return year after year because they see TT100 as a means to continually improve their businesses,” says Prof Ben Anderson, Chief Executive Officer of The Da Vinci Institute, owner of the Awards Programme. “The intensive feedback entrants receive on how they manage technology, innovation, people and systems has the potential to make real, positive differences in how they go back and tackle their challenges.”
Regular entrants (click here to read their stories) confirm that the opportunity to receive cutting-edge, workable feedback from the TT100’s highly respected adjudicators, is a compelling reason for entering again and again.
An interactive, face-to-face interview – typically lasting two hours – is held with each and every entrant (although video-conferencing is used when participating companies are based overseas or in remote locations).
“The adjudicators are part of the Da Vinci network, representing sectors from academia, auditing and banking to energy, insurance, retail and technology,” says Anderson. “They join our panel for the love of it, without any other incentive, and bring real-life experience and insights of managing technology, innovation, people and systems.”
Participants tend to arrive at their adjudication sessions well prepared, having already filled out and submitted a comprehensive awards questionnaire with over 100 business performance metrics.
“Some see the questionnaire as a worthwhile exercise on its own as it forces them to think deeply and introspectively about their businesses,” Anderson says. “The opportunity to face the panel after that gives them the chance to tell the story behind the story. Many valuable ideas and suggestions have been known to come up during these interviews with the adjudicators.”
While the demands on participants and adjudicators are high in terms of preparation, the barriers to TT100 entry are deliberately low, he adds. Companies need to have been in business for at least a year, in any sector except franchising (unless a franchise has a highly innovative business model).
“We do not focus on technology companies per se but on technology-oriented companies, meaning companies who have managed to successfully leverage technology,” Anderson says. “TT100 is about recognising that anyone can build an innovation capability, whatever sector you are in and however big or small you are.”
Entries for this year’s TT100 awards, to be presented in October 2016, close on 5 August 2016.
Click here for details.
Click here to enter.
Contact Carol Varga at Carol@davinci.ac.za for more information.
Ends