Michael Madonsela is the kind of safety officer who is willing to roll up his sleeves and work at the coalface – literally.
When he was elected and qualified as a mine health and safety representative 14 years ago, he looked at the two short-term diplomas he had earned and decided he wasn’t satisfied. “I wanted to broaden my knowledge of mine operations.”
So he qualified as a miner.
After three years at the coalface underground, with blasting certificate in hand, Madonsela went back to the safety environment – where his true passion lay – with a deep understanding of coal mining.
His hunger for knowledge and broader horizons was still not satisfied, though. “I enrolled for a National Diploma in Safety at Unisa and then met Chanel Swart, a Marketing and Sales Manager of ERCA, who recommended the Da Vinci Institute.” He enrolled for a BCom degree in 2014.
For his work-based challenge, mine safety was a natural choice of topic for Madonsela, who is now chief safety officer at Kanga Coal’s mine in Ermelo, Mpumalanga.
Why do people take risks?
His focus was on safety hazards associated with what is known as the “Continuous Miner”, a machine operated by remote control and used to cut coal from the coalface underground.
“Statistics showed quite a few operators were getting injured,” he says. “Investigations showed that some of the injuries were due to at-risk behaviour by the operators and I wondered why. What causes people to take risks?”
His starting point was to go through all the accident investigation reports. “I then went to observe machine operators underground and also interviewed those operators.”
Getting to the root of problems
He soon identified several problems. One was that visibility underground was sometimes so poor that machine operators could not see the exact positions of the Continuous Miner machine and the shuttle cars (vehicles used to load cut coal from the Continuous Miner onto conveyor belts). That could make it difficult for them to navigate the machines accurately, sometimes exposing themselves to hazards that may result in injury.
A related problem was operators misjudging their own proximity to the machines and the mine’s sidewalls, sometimes finding themselves caught between the two.
Another problem was when machine operators went into areas where coal had been freshly cut but the roof was not yet properly supported.
It also transpired that some, more experienced operators were taking risks because they were so familiar with the job they were cutting corners.
“It was a combination of conditions and human error,” says Madonsela, who then came up with concrete recommendations for preventing Continuous Miner-related accidents as far as possible.
Coming up with solutions
His recommendations included installing reflective sticks to demarcate areas considered dangerous for operators, installing ducting to clear dust and keep air flowing to improve visibility, and improving communication between machine operators, especially by using sign language (given noisy underground conditions).
“We also send out a weekly bulletin to inform employees about not only the latest safety issues but to raise awareness as well,” says Madonsela.
He graduates with his BCom degree in September 2017. “I’d like to say thank you to Da Vinci because my studies have helped me a lot with understanding operations. When I started my studies, I didn’t know what to expect but I have received quite a lot of support from my colleagues and management from the mine, and my lecturers have been helpful. I have learned a lot.” 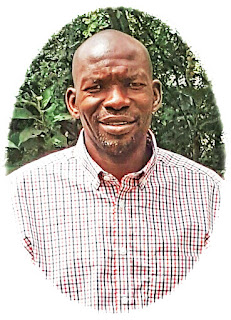