On the Tuesday afternoon of 26 May 2015, a Curiosita forum was held at the Da Vinci Hotel in Sandton, Johannesburg. Curiosita, one of the Da Vinci seven principles refers to seeking truth through questioning and probing various sources of information and knowledge through analysing and evaluating. The notion of curiosity is a quest of receiving and searching for knowledge to ensure an overall understanding of the world in which we live, and those many events and truths that surround our society.
The Curiosita forum strives for enhanced participation and discourse for greater experiential learning rather than just “death by PowerPoint” – to capture Aristotle’s notion of Dialectic rather than that of Rhetoric speech.
The forum served as a platform for PhD student Gavin Mageni who serves as the Head of the SA Design Institute at SABS. His topic of discussion was, “Entrepreneurial Ecosystems: A case for accelerated new business growth and development reform in South Africa.”
His research methodology is Grounded Theory research with a philosophical framework as a Constructivist. Inductive approach. As part of his ontological perspective, Gavin indicates that he believes the world is based on different perspectives, settings and ideas as people see the world through different models, as described within the Constructionism within a connecting capability.
Some input was given to Gavin related to incorporating the TIPS model which takes a holistic view of the Management of Technology, Innovation, People and Systems. Another view was that entrepreneurial ecosystem should be clearly defined so as to be understood by all reading parties.
The Guest Speaker at the event was William Mzimba who is the Chief Executive Officer at Accenture South Africa. His topic of discussion revolved around the “Management of Innovation”.
Accenture South Africa is part of the #innovment which is essentially an innovation movement. William states, “If we can catalyse innovation in our country, we could reverse what is happening. As a country we are falling behind.” The Innovation index that started two years ago co-defined the system of innovation. The platform evaluates what companies are doing regarding innovation. Companies are that are living innovation within systems and processes are identified. These companies are then ranked and awarded regarding their excellence in innovation.
In 2015 another level was added in which the orchestration of the innovation movement will be a catalyst of innovation by working with the ecosystem of innovation. The world is currently going through an innovation evolution. Due to a lack of innovation, business models will become irrelevant and companies on the stock market will disappear. Through innovation we can expand the lifetime of corporations as the world falls within the digital era. William states, “Streamline innovation in everything you do.”
The session was facilitated by Professor Bennie Anderson, CEO of The Da Vinci Institute and a networking function was held after the event where attendees could interact and network with each other. 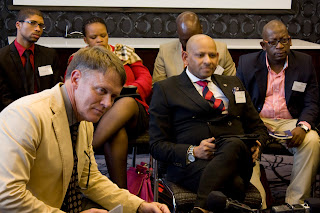 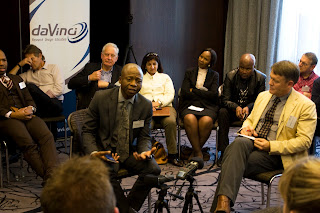 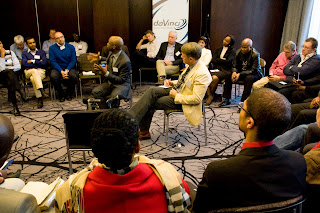 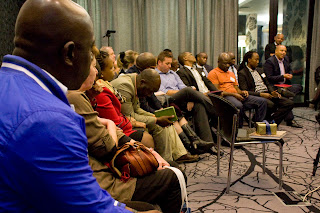 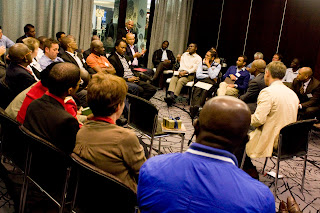 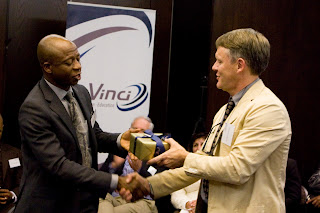