Business awards in South Africa may come and go, but one awards programme has showed staying power for a quarter of a century. The 2016 TT100 Business Innovation Awards of The Da Vinci Institute, being presented in Johannesburg on Thursday, 27 October, is the 25th edition of these long-running awards.
“The longevity of the TT100 programme is one of the qualities that make the awards so unique,” says Carol Varga, TT100 Awards Manager for The Da Vinci Institute.
The awards have been presented annually since 1991 and recognise emerging, small, medium and large companies that excel in managing technology, innovation, people and systems.
“Some companies entered the awards for the first time in 1991, when we started out, and are still taking part to this day,” she says, mentioning De Beers and Altech as examples. There are other regular participants that have been entering year after year for as long as 15 years as they use the TT100 process as a benchmarking tool.
“The process is very unique in South Africa,” says Varga. “To enter, companies don’t just fill in a piece of paper. They have a two-hour consultative interview with the adjudicators, who provide detailed feedback on the company.”
Detailed feedback, expert adjudicators
This takes the form of verbal feedback during each two-hour adjudication session, an electronic dashboard that each entrant can download after the awards, and a 30-minute post-awards feedback session with the chief adjudicator.
This year, 22 adjudicators volunteered their time and expertise to the judging process. All are champions of innovation, have experience in enterprise development in one form or another, and represent a cross-section of the economy, from banking and business incubation to auditing, energy and public policy-making.
The awards have also succeeded in attracting and retaining some of the country’s biggest supporters of innovation. The Department of Science and Technology has been a sponsor since 1995.  This year PWC are the official auditors of the programme, and MTN, one of the original sponsors from 1991, is back this year after a brief break, as is Eskom.
That’s staying power for you. 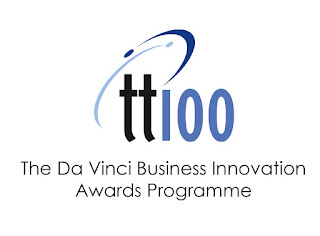