For any small company starting out in business, the million rand question is: how do we show the big players that we know what we’re doing and they can rely on us?
A good company to answer this question is Technetium, an asset-management and tracking company that opened its doors a decade ago and today counts some of South Africa’s biggest corporates among its customers.
“Our solutions are enterprise solutions, and when we started out, we asked ourselves, ‘How do we get traction and credibility among the larger companies and industries?’ Well, it helps if you can show that you are peer reviewed and being vetted externally,” says Technetium Chief Executive Wayne Aronson.
The TT100, with its authoritative TIPS model and network of respected adjudicators, has played a role in burnishing Technetium’s market credibility. “Peer review is very important, especially in the early stages,” says Aronson. “Being an award-winning technology company also makes it easier to prove your credentials.”
Awards, feedback and opportunities to engage government
Technetium participated in the TT100 programme in 2009 for the first time, and made it straight onto the sought-after Top 100 list.
In 2011, the company won the Director-General’s Award for Overall Excellence, in 2012 the JSE Award for Sustainable Excellence, and in 2014 the Eskom Award for Excellence in Technology. Last year, 2015, Technetium was a winner of the Minister’s Award for Sustainable Performance.
Awards aside, TT100 has been helpful in two other ways, Aronson says. One is feedback on how Technetium manages technology, innovation, people and systems. “During the adjudication process, it is valuable to hear some of the comments of the adjudicators.”
Second, TT100 companies have access to the forums that the Da Vinci Institute holds with government departments, specifically the Department of Science and Technology and the Department of Trade and Industry. Having facilitated a number of these sessions, Aronson cannot stress enough the value of these opportunities to engage with open-minded, receptive delegates from these departments.
Keeping small business on Government’s radar
“It’s important to educate Government about the challenges that small business faces in trying to grow. One example is the idea for a Government-sponsored handbook for small business, detailing key issues like tax and labour laws, BEE, grants and subsidies and internships. Speaking from bitter experience, the first time start-up companies find out that they have not followed proper tax or legal process happens when they receive the corresponding penalties,” he says.
“Another example is the financial and legal barriers small business faces when looking to apply for patents. South Africa has a horribly low level of patent registrations and it’s frightening to see how we fare against countries very similar to us. Forums like the TT100 discussions are part of the process of educating Government and keeping small business on the radar.”
Ends

INTRODUCTION
The Da Vinci Institute is a private provider of higher education with a focus on socio-economic transformation. As a school of managerial leadership, The Institute offers under-graduate and post-graduate qualifications with a strong emphasis on new knowledge creation and solving actual work based challenges.
This approach serves to cultivate managerial leaders who are able to think creatively, make informed decisions and find solutions to complex problems. Through this refinement, students are equipped with the appropriate tools to go out in to the workplace and contribute toward the development of a sustainable society.
The Institute has experienced immense growth in 2016. In review of the first and second quarter performances for 2016, the growth observed is in terms of actual workshops held. The increase in workshops highlights The Institute’s success in enrolling interested students in managerial leadership programmes.
FIRST QUARTER
The first quarter revealed substantial growth in workshops held, and as February 2016 concluded, a total of 47 workshops were held. In comparison with February 2015, the figure increased by 88% for this period and increased by 67% compared with February 2014.
The month of March 2016, concluded with 44 workshops held and exceeds the amount of workshops held in March 2015, with a 26% increase, and a 46% increase in comparison to the previous year.
SECOND QUARTER
The second quarter showed growth in actual workshops held from month to month, as 49 workshops concluded in April 2016, 53 workshops concluded in May 2016 and 56 workshops concluded in June 2016.
In comparison with actual workshops held last year, this translates to a 36% increase from April 2015, an 18% increase from May 2015 and a 37% increase from June 2015. This is enormous growth if compared with the actual workshops concluded in 2014.
Table 1.0. Number of workshops: 2014 – 2016 (First and Second Quarter)
Mrs Sharlene Vania, Key Account Manager at The Institute commented on the growth, “The one source of growth is from our existing clients that continuously send us more students. The other source of growth is the on-boarding of new students who are sent from new clients.”
Mrs Vania further stated that, “The support that I receive from my administrator, Mrs Luendri Chetty, allows me to keep all of my focus on both my students’ needs as well as my clients’ requirements.”
Client Engagement Manager for The Institute, Mrs Carin Stoltz-Urban commented on the growth, “The reporting period saw a number of all-time records in the history of The Institute, in terms of the number of students, the number of workshops, and the number of Post Modular Assignments (PMAs) administered.”
Mrs Stoltz-Urban further stated that, “A total of 473 new students enrolled for programmes at The Institute during the period January to June 2016. While this growth put considerable pressure on the Client Engagement team, excellent service levels were maintained throughout, even resulting in a considerably increased Customer Service Index (CSI) rating from students and clients.”
CONCLUSION
The world is experiencing a time where economic downturn is a reality for many organisations, and higher education institutions find themselves in a fast-paced environment filled with numerous challenges.
In such a challenging environment, The Institute continues to remain agile in its ability to customise and align its requirements with that of its clients’ needs. In addition to this, The Institute continues to remain engaging and relevant. This approach of maintaining the standard for remarkable client service should not be comprised.
Therefore, it follows that it is imperative that The Institute continues to cater to all of its students’ needs. This includes the academic quality and integrity, as well as the commitment to a conducive learning environment, an environment that promotes engagement, critical thinking and mental stimulation. 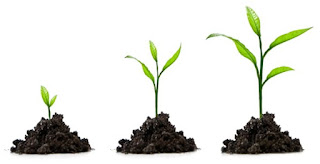 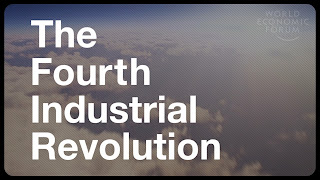 ABOUT
The Integral+ Africa Institute TM /The Coaching Centre (TCC) is an internationally accredited leadership coaching and organisational development company, founded on a deep passion for growing people in all dimensions, and healing society in a complex world. We are “in the business of being human”. We embed our Integral⁺ PracticeTM in a range of offerings including: an accredited coach training school (TCC); bespoke Leader as Coach certificate programmes; Strategic Alignment consulting; Executive and Organisational coaching programmes; and Integrated change management and cultural alignment programmes. The TCC Ubuntu Coaching Foundation is an NPC channelling our passion and work into a commitment to leadership for social and community development.